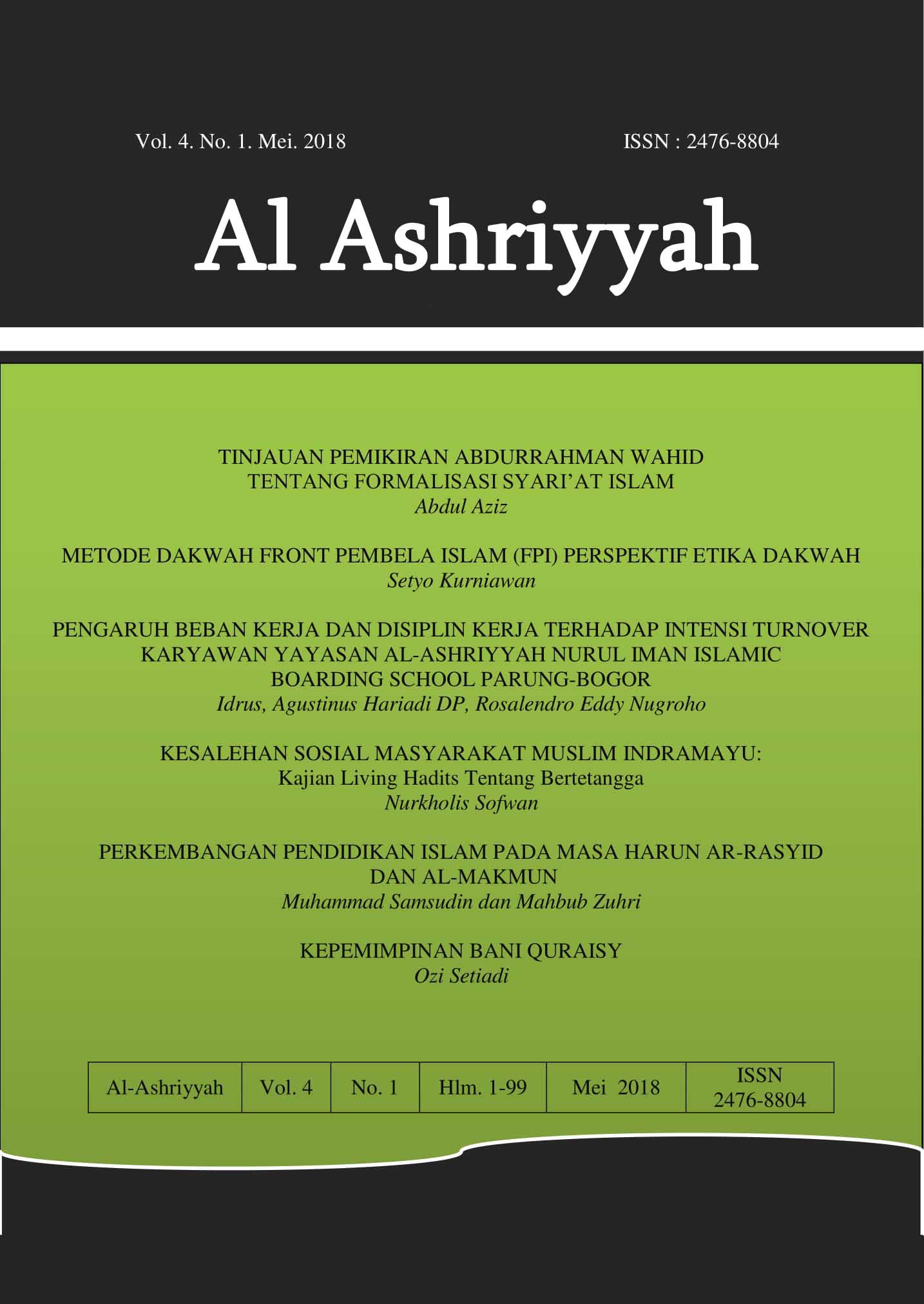 The grand conlusion of this thesis from da’wa etics perspective is that the da’wa method being used by FPI (the Islamic Defenders Front) is inaappropriate with norms and ethics of Islamic da’wa, as it is carried out with violent and anarchism resulting in public fearand unfriendly image of Ilsam. The religion looks aggressice and vicios in the wyes of other Muslims and non Muslims. In the West, Isla is considered radical, it is full of anarchism and terrorism and gets across other religion beliecers. Consequently, that somebody stating that Islam image is violent is not totally incorrect as some of the realities justify it. Such image is sent publicly by radical Islam group such as FPI

This work is licensed under a Creative Commons Attribution-NonCommercial-ShareAlike 4.0 International License.